Even though, this is not a pass, La Toussuire ascension is still very popular!
From Saint-Jean de Maurienne to La Toussuire plateau, 1239m of height,15 kms of bends lead to high mountain pastures, where is located the highest Sybelles 's resort. At 1750 meters high, La Toussuire is one of the first ski resorts and is well-known as a staging point.

Therefore, since the late 70's " La Boucle de la Toussuire" has enabled the cyclists amateurs to go around the resort throughout the summer.
The Bruges-Mont-Ventoux stage race (from Belgium) hilighted La Toussuire in the 80's.
The resort has welcomed the Tour de France twice in the last ten years. In 2006 with the race departing from Bourg d'Oisans, the stage saw the victory of the Danish racer Rasmussen.
In 2012, the stage, starting from Alberville, was won by the French cyclist Pierre Roland.
That year was also the holding of the Act 1 of the Etape du Tour by the resort and more than 5000 cyclists amateurs crossed the finishing line.

It has taken 84 years to create this road that you can climb by forming a loop via Le Corbier and Villarembert.

While cycling, don't forget to admire the astonishing view overlooking the Aiguilles d'Arves , the landscape, the magnificient Foncouverte Church as well as the numerous high mountain pastures typical of the Savoy region. 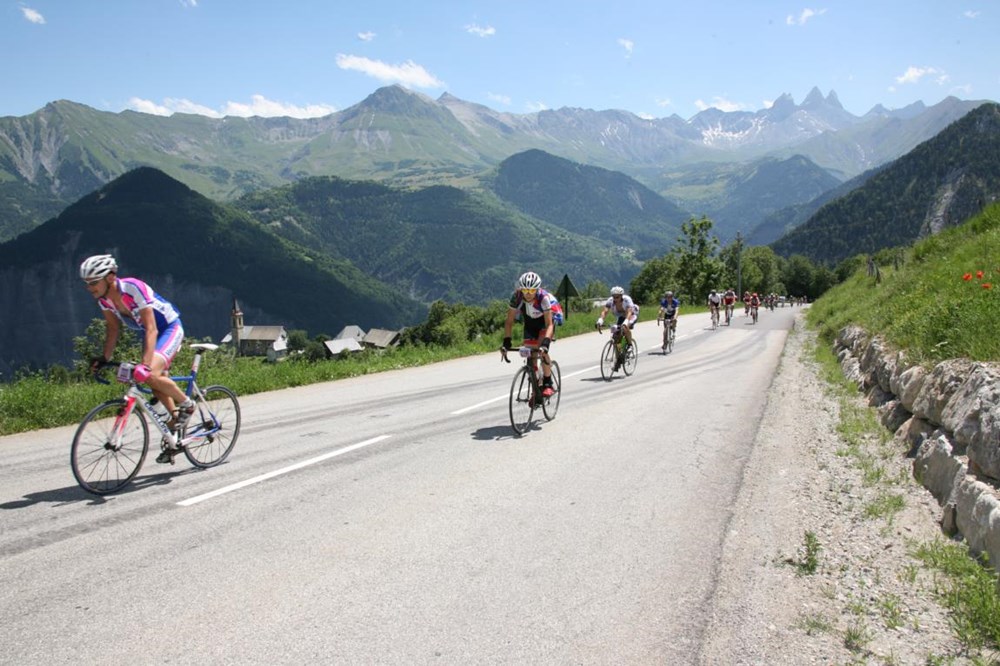